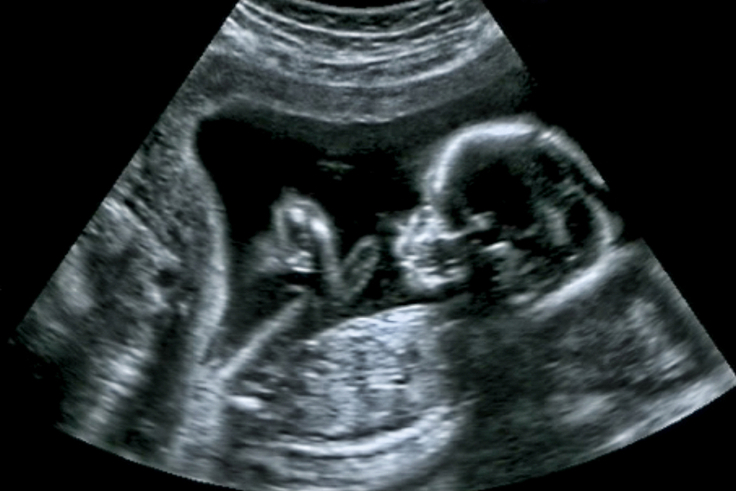 Martin Chavez, MD is focused on finding the best tools to help his patients bring a new baby into the world and “achieve something wonderful.” As Director of Maternal Fetal Medicine at Women’s Contemporary Care Associates (WCCA) on Long Island, New York, Dr. Chavez is part of an active practice. In 2015, Dr. Chavez and his colleagues performed 5000 deliveries, 30,000 ultrasounds, and several thousand cell-free DNA (cfDNA) noninvasive prenatal tests (NIPT).

His decision to go into obstetrics was prompted by a physician he met in medical school who remarked that it is a ‘privilege and honor to be part of someone’s first moment of life and to start them on their journey.’ He completed a Maternal Fetal Medicine Fellowship following a residency in obstetrics/gynecology and says that it was the best decision of his life. “Every day I meet wonderful patients who are truly inspiring in how they face life’s challenges.” Dr. Chavez said. “They have taught me the importance of having hope, not giving up, and not settling for the norm. Our patients are the best teachers, motivating us to think outside of the box for ways to manage their pregnancies.”

Over the course of his career, he has had the opportunity to offer several types of screening, including NIPT, to his patients. iCommunity spoke with Dr. Chavez about his experience with NIPT assays and the advantages of the cfDNA NIPT Verifi Prenatal Test.

Q: What methods did you use 10 years ago for prenatal testing?

Martin Chavez (MC): In the early 2000s, we used patient age, family history, imaging ultrasound, and blood screening tests that measured hormone levels. At the time, serum screening was really pushing the limits of the technology, with new analytes added over time to improve it. We used ultrasound to look at the back of the baby’s neck or the baby’s profile to check for irregularities. However, there was variation in the comfort and skill level of people performing this type of ultrasound.

While these tests gave us some information, most were indirect assessments. We weren’t gathering information from the pregnancy itself.

Q: What are the limitations of traditional serum screening assays?

MC: Traditional serum screening tests have false positive rates of 5%. That’s significant when you’re screening 60-70 patients a day. With such false positive rates, we ended up performing unnecessary amniocentesis and chorionic villus sampling (CVS) procedures to obtain the reassurance that our patients desired. However, before NIPT was available, it was the right process to offer our patients.

MC: For more than a decade, researchers were looking for fetal cells that we knew must be present at low levels in a pregnant woman’s blood. It turns out that fetal cells weren’t the answer we were looking for, but instead it was cfDNA fragments from the pregnancy. These small DNA fragments come from the placenta, but most of the time they represent both the placenta and fetus.

We started participating in an NGS-based cfDNA NIPT clinical trial about six years ago. That gave us the opportunity to become comfortable with the technology.

“cfDNA NIPT brought about a seismic change from the clinician and patient perspective, not unlike the impact smartphones have had on our lives.”

Q: What was WCCA’s participation in the cfDNA NIPT clinical trial?

After the results were published, we realized that the introduction of cfDNA NIPT was going to be a pivotal moment impacting our approach to prenatal care. It was like stepping out of the Stone Age into a new era.

Q: What is the value of cfDNA NIPT?

MC: cfDNA NIPT provides reassurance to our patients and ourselves, quickly, accurately, and safely. The technology was embraced rapidly by clinicians and patients. Some people question that it was implemented too rapidly in obstetric practices. I tell them to take a step back and think about why it was incorporated so quickly. It is because health care providers and their patients wanted reassurance about the pregnancy without necessarily pursuing amniocentesis or CVS. Not every clinician is trained to perform amniocentesis and even fewer perform CVS procedures. With cfDNA NIPT, particularly whole-genome cfDNA NIPT, we can get that reassurance without having to send someone to a specialist. That goes a long way towards improving patient care and providing patients with peace of mind earlier in the pregnancy.

Q: How has cfDNA NIPT changed your practice?

MC: cfDNA NIPT brought about a seismic change from the clinician and patient perspective, not unlike the impact smartphones have had on our lives. I remember when I got my first smartphone and I would look at it wondering if I really needed it. Now, when I wake up in the morning, the first thing I do is reach for my smartphone. cfDNA NIPT has had the same impact on our practice. They’ve changed our clinical management of pregnancies for the better.

“Whole-genome cfDNA NIPT makes it possible for us to use all the chromosomes as a reference. We’re not relying on a specific region of a certain chromosome.”

Q: What is your experience with NIPT failures?

MC: Test failures are probably one of the most frustrating aspects that we deal with in a high-volume obstetrics practice. Over the past few years, we’ve become comfortable with how to filter through NIPTs that have high test failure vs. low test failure rates.

A test failure has a ripple effect that begins by causing a delay in obtaining important information about the pregnancy. In the world of obstetrics, gestational age is critical and a delay limits options for our patients. It’s our experience that one NIPT failure usually leads to another NIPT failure, regardless of gestational age. That can be frustrating and also concerning, narrowing the opportunities the patient might have depending on the gestational age. For example, CVS has a window of opportunity between 11–13 6/7 weeks of pregnancy. If we miss that opportunity, we now have to consider amniocentesis. Although amniocentesis has a similar risk to the pregnancy when compared to CVS, it also introduces a different set of considerations for our patients.

Q: How do you counsel patients regarding a test failure?

MC: I tell my patients that on rare occasions the technology might not provide the information that will give them the reassurance they want, and that they should be prepared for that. If the patient is looking for a specific targeted cfDNA NIPT, we’ll discuss the advantages and disadvantages of that test compared to a whole-genome cfDNA NIPT. I emphasize the importance of obtaining all the data the first time.

Whenever I get a test failure, it raises a red flag for that patient and clinical scenario. I have to consider either repeating the cfDNA NIPT or using other resources available to monitor the pregnancy. However, what I decide to do also depends on what the patient wants. A patient might not be interested in waiting any longer and would prefer to have an invasive procedure. Fortunately, I use whole-genome cfDNA NIPTs, such as the Verifi Prenatal Test, which minimizes the number of test failures.

“If I have only one opportunity to get the most information, I’m going to choose the Verifi Prenatal Test. I’m not going to disappoint the patient or myself.”

Q: Why do you think there is a difference in test failure rates between the cfDNA NIPT platforms?

Whole-genome cfDNA NIPT makes it possible for us to use all the chromosomes as a reference. We’re not relying on a specific region of a certain chromosome. We’re seeing an overall picture of all chromosomes and are able to compare and contrast what’s there and what’s not there.

“The reality is that expanding the use of cfDNA tests in low-risk populations is the right thing to do.”

Q: Why do you choose whole-genome cfDNA NIPT?

Q: When do you choose the Verifi Prenatal Test?

MC: I use the Verifi Prenatal Test when I want to obtain further reassurance and I already have a good foundation of patient, clinical, and ultrasound data to build upon. Sometimes other options, such as performing an invasive procedure, might be in the patient’s best interest. However, some patients are not interested in an invasive procedure under any circumstance. If I have only one opportunity to get the most information, I’m going to choose the Verifi Prenatal Test. I’m not going to disappoint the patient or myself.

Q: How has the Verifi Prenatal Test impacted your practice?

MC: The Verifi Prenatal Test has made a huge difference in my practice. I’m able to deliver prenatal genetic screening information in a safe, accurate, and timely fashion.

The biggest impact of the Verifi Prenatal Test is the reduction in the number of invasive procedures I perform. I still use amniocentesis and CVS to confirm positive cfDNA NIPT results or for testing of other genetic conditions. However, I would prefer performing these procedures only when they are necessary. That’s the bottom line.

Q: How will cfDNA NIPT be used in the future?

MC: Medical societies, such as the American Congress of Obstetricians and Gynecologists (ACOG) and the Society for Maternal–Fetal Medicine (SMFM), are realizing that cfDNA technology is robust and reliable in high-risk populations. cfDNA NIPT is gaining traction in low-risk populations as well. Recent statements from ACOG and SMFM have discussed the utility of NIPT in low-risk patients.5 The reality is that expanding the use of cfDNA tests in low-risk populations is the right thing to do.

cfDNA NIPTs, such as the Verifi Prenatal Test, have opened the door to a new approach to prenatal care. Our patients appreciate the fact that this is no longer science fiction and that it is now a reality.

Learn more about the Illumina product mentioned in this article:

The Verifi Prenatal Test was developed by and its performance characteristics determined by Verinata Health, Inc. It is not cleared or approved by the US Food and Drug Administration.