The direct-to-consumer (DTC) genomics market is well established in the United States with companies like 23andMe and Ancestry.com leading the way. In contrast, the DTC genomics market is in its early stages in India. With roughly four times the US population, India represents a large consumer market with the potential to grow significantly over the next few years.

Anu Acharya is an Indian entrepreneur with extensive experience in genomics. Several years ago, she founded Ocimum Biosolutions, a genomics outsourcing company that provided discovery, development, and diagnostics services to Big Pharma. She realized that the large clinical databases that Ocimum was working with contained very few genomes of Indian origin. Building a database of disease-associated variants within the Indian population became one of Ms. Acharya's goals.

In 2013, she founded Mapmygenome, one of the first DTC genomics companies in India. The company uses Illumina technology to offer a variety of genetic tests that enable Indian consumers to understand their genomes and family's genetic history. Her team is also building an Indian clinical database to support disease studies. With Mapmygenome, she wants to equip Indians with genomic information that they can use to transform their lifestyles and provide researchers with the genomic data they need to develop effective therapeutics within this population.

iCommunity spoke with Ms. Acharya about the DTC genomics market in India, how it is changing, and how Mapmygenome is using the Infinium Global Screening Array (GSA) to capture DTC marketshare in India and expand into new markets. 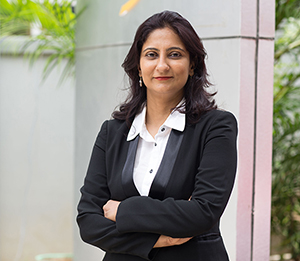 Anu Acharya is Founder and CEO of Mapmygenome.

Q: Why did you start Mapmygenome?

Anu Acharya (AA): I founded Mapmygenome for two reasons. From my experience at Ocimum Biosolutions, I wanted to increase the representation of Indian disease-associated variants in clinical databases. I also wanted to help people lead healthier lives. As in many other parts of the world, the Indian health care system spends more on people after they become sick. I wanted to provide people with tools that they could use to understand themselves and their genetics so that they could take action early in their lives and remain healthier.

Q: How has the DTC market evolved in India?

AA: Initially, there was a limited understanding of genomics among the Indian population. In the last six years, we have started to see more people become aware of genomics and how they can use it to understand themselves and their health. While the numbers are increasing, there are still people who do not know what genotyping is.

We anticipate a significant increase in the DTC genomics market in the next few years. The effect of worldwide media and press coverage about consumer genomics testing will increase the number of people willing to pay for it. I’m referring to DTC, as well as business-to-business-to-consumer (B2B2C) genomic testing. Increasingly, there are entities willing to pay for these tests for their subscribers or customers. This will significantly increase the number of people who will undergo these tests.

AA: Yes, it’s becoming more competitive and that is a good thing. It means that the DTC market has become a real business in India. We are still not operating at the same level as consumer genomics companies in the US and other countries. India is still a few years behind, but we will catch up soon.

Even though our price of testing is the same as the US, the price for the Indian consumer is higher compared against what they actually earn. As the cost comes down for them, we will see a lot more people buying tests like this.

Interestingly, in the US and elsewhere, consumer genomics is associated more with ancestry than health optimization. We see that as an opportunity to highlight our focus on using genotyping to help people understand how to become healthier.

Q: How does Mapmygenome differentiate itself?

AA: Mapmygenome differs from most other companies by providing genetic counseling rather than just handing the customer a report. For instance, whether it is Genomepatri, MyFitGene, or one of our other products, we always provide the customer with genetic counseling and a set of recommendations on what they can do to improve their health. I

Q: What tests do you offer for nutrition and fitness?

AA: We have MyFitGene, MyNutriGene, and SmartSport. MyFitGene covers wellness, fitness, and nutrition. Some people are interested in specific things or in a different price structure for a specific type of test. For example, MyNutriGene covers only nutrition. SmartSport is currently a single-marker test to measure endurance. If we can bring the cost of some of our tests down to $10–15, then people will be more likely to try it. Even for this test, we still provide genetic counseling and a set of recommendations. If they need another set of tests, the genetic counselor will tell them.

In developing our MyNutriGene assay, we worked with VitaminLab, a company that identifies vitamin needs based on marker results. The assay includes markers for various vitamins, including all B vitamins, as well as markers associated with peanut allergies, gluten and lactose intolerance, and other disorders. With data from the MyNutriGene assay, the customer is provided with an optimized list of vitamins. It’s an example of how Mapmygenome is putting things together so that customers aren’t looking at a single test, but are given the tools that they need to actually make a change in their lives.

Q: Do you have an example of how a customer used the data from MyFitGene or MyNutriGene to improve their health?

AA: A cancer survivor came to us and ordered the Genomepatri test. He was given three risk scores, two of which were for improving his nutrition and fitness. Over the next six months he completely transformed his lifestyle. He started doing salsa dancing and lost 15–20 kilos (33–44lbs). It’s good to see someone who completely changes their lifestyle for the better and sticks with it.

Q: What technologies do you use for your tests?

AA: We use arrays mostly, but a few single-marker tests are done by qPCR. We prefer to do everything on the chip array because we want to make sure that we have as much data as possible. In the past, we have tried array systems such as the Sequenom MassARRAY iPLEX platform and the Fluidigm Biomark HD. We now use the Illumina GSA and iScan™ System.

We have our own analysis software with its own algorithm, called SNaPpy. We have an Ocimum Biosolutions Biotracker LIMS system connected to a bioinformatics system. We use that for everything from the order and lab processing to report generation and recommendations, appointments, and everything else. We use some statistical packages for analysis, but they are all integrated within our enterprise system.

"Our goal is to process at least 3–5 million samples and collect enough genotyping and associated data that it is valuable from a health care perspective. The Illumina GSA and iScan systems will enable us to gather that data efficiently and continue to support our growth."

Q: Why did you choose the GSA and iScan System?

Q: Have you identified unique markers within the Indian population?

AA: We have identified quite a few markers, many of which are specific to India. We are constantly adding to this set. Our customers receive regular updates when there are new findings. We are also planning to introduce an ancestry-based product.

Q: Are you identifying disease-associated variants within the Indian population?

Q: Has testing demand increased since Mapmygenome was founded?

AA: Absolutely. The year-over-year increase has been 40–50% since the company was founded. We are now seeing volumes that we wouldn’t have dreamed of early on. The increase has come from consumers and entities willing to pay for the tests.

Q: What are the next steps for Mapmygenome?

AA: We are looking at a few international markets, in addition to India, and working with channel partners to enter these new markets. If someone from another country wants to buy in bulk from us, they can do that. Currently, we do work in Africa, Southeast Asia, some parts of Europe, and the Middle East.

From an operations standpoint, we have developed the capacity to support scaling our operation. We haven't spent on marketing at all, except through social media. Most of our sales have been through word-of-mouth or customers. The plan is to do a lot more marketing in the coming year.

Our goal is to process at least 3–5 million samples and collect enough genotyping and associated data that it is valuable from a health care perspective. The Illumina GSA and iScan systems will enable us to gather that data efficiently and continue to support our growth.